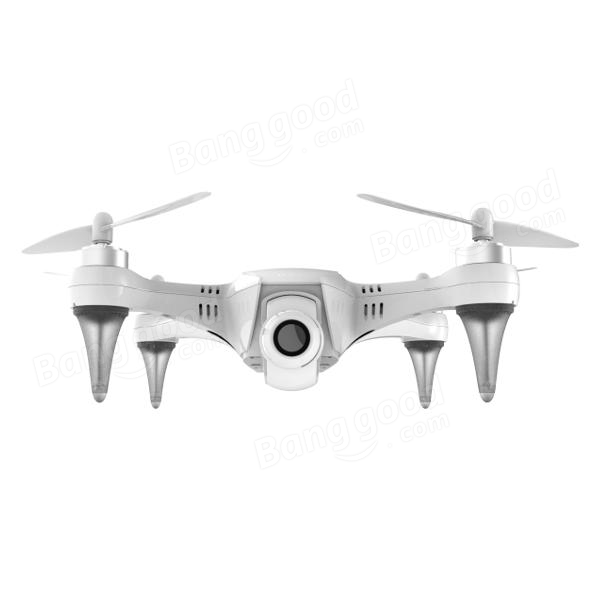 JYU are among the few drone producing companies that releases such models, as JYU Hornet 2, module like concept drone. We made a JYU Hornet 2 Quadcopter Review to let other drones lovers to find out all information, in case they think about purchasing this model.

Those from JYU have played with their imagination and maybe they loved this version so much that they released not only, but three different devices of the same model: two models of JYU Hornet 2 that are perfect for aerial photography – one in 2.7K Camera and a more performant one, of 4k Camera; the other model is designed for FPV drone racing, and the last, the pro version including a 3-axis gimbal and 4k 30fps camera.

The standard version is still powerful enough to stand out by itself from his bigger brothers because of its overall stability and optimization of its motors and propellers.

Design – the modular design may give to JYU Hornet 2 a bulky look but in fact this has a very important function, the carcase distributes the heat made by the inside parts equally. The truth is, even so, that with all the equipments attached the drone, it comes to a weight of almost 1800 grams which I doubt makes an easy flight.

The standard version does not have builded in a camera, but the hull of the drone, however, is removable, so that the camera modules can be attached later. The different modules are available individually and different shops offer a FPV camera included in the package.

The camera available for this model is a RA10 high definition image stabilized camera, 1080p 30fps shooter, with a 150-degrees view that can also snap 8MP photos. The camera can also swivel vertically from +38 to -80 degrees. This allows you to capture and record videos on the supported micro SD card. It also allows the image to be transmitted to the LCD HD display screen using a 2.4GHz analog video signal so that there is no delay in the image transmission.

It also has smart functions, like the Low Battery Auto return, this one recognizes the the low voltage of the battery and makes its way back to the starting point.

Another one is Out of Range Return to Home this one does the same in case loss of signal of the transmitter occurs.

It also has Low Voltage Flight Zone limit, after setting this option a 20*20 meters cylinder zone will be formed.

Additional to the package, this model comes with a optional Wrist Watch Control. The wrist controller, equipped with GPS & GLONASS is an 8 channel transmitter. Compared to visual tracking, it is more reliable- it uses the location information so that the target will not be lost. It can be also remoted through the 2.4GHz 12CH transmitter with One Key Takeoff / Landing / Return, lighting adjustment functions.

Like the other models, this one is equipped with a GPS / GLONASS module, which allows the drone flight points to travel independently and can also be landed with just one button. The JYU Hornet standard drone does not have an optical view system, as a DJI drone has.

The forward- directional flight speed is a maximum of 10 m / s which is below a DJI Mavic Pro – see here a review for this drone – (18 m/s); the climbing speed and the descent speed are also comparatively small at 4 m / s or 2 m/s. The capacity of the 4S LiPo is 3,600 mAh which is said to ensure up to 28 minutes flight time.

Obviously, the two versions of the JYU Hornet 2 aerial have a improvement from the standard version.  Both versions have a 3-axis gimbal in common, which provide stabilized image and video recordings. Additionally, the gimbal can be rotated 110 degrees.

The recordings can be stored directly on an SD memory card and transferred via WiFi Live to a smartphone with JYU application. It record in the MP4 or JPG format.

There is also an FPV JYU Hornet 2 version that takes the style of an FPV Drone Racer and is intended for beginners pilots who want to track the drones from a live steamed image.

The Hornet 2 FPV is equipped with an 8 megapixel camera , which transmits the video signal in 1080p at 30 frames per second and in 720p at 60 frames per second. Thanks to the 150 degrees wide angle lens, a particularly comprehensive image can be transmitted. In addition, the camera can be tilted by 118 degrees.

On the other hand, it is possible to transmit the video signal of the Hornet 2 FPV to an FPV spectacle.

After all settings are done and the calibration was finished (without the gimbal module install in order to not de-calibrate the gimbal itself) and you can launch your device.

The radio control range works well and no interruptions were observed. The sensitivity and reaction speed depends on the type of phone or tablet you have. Considering that the, after testing, in my case the drone reached 300m, probably it can reach as it initially says, a range of 500m or more.

The return-to-home function works well, with small distance deviation from the starting point, which is not a problem and the satisfaction comes from the battery autonomy time – it really lasts somewhere around 20 minutes, if you use it at minimum capacities when its low voltage.

The standard version is disappointing in terms of camera performances. The image has jello movements and the the image quality is nothing what a 1080p camera should do. The objects who are slightly far starts to blur which is not expected at such camera resolution.

Obviously, the sensors are better at the pro version because they have the IMX 117 sensor.

Even if the description recommends it for drone racing I doubt that a drone its weight can do performances and even more, I am sure that at the first disturbances it will fall and crash. Another disadvantage is the design of the drone because it quite massive thus making it hard to be carried from place to place.

From the differences between these four similar drone models it is obvious that the pro version gives better performances in terms of photography and sensors response. The only problem (that should not be if you don’t mind about the money and if you are a true drones lover) is that the pro version has a big difference of price – while the standard version is at around $400, the pro one is at sale for $600. The good thing is that you can enjoy similar features and in the same time you can choose the one that is more suitable for you – considering skills and price.